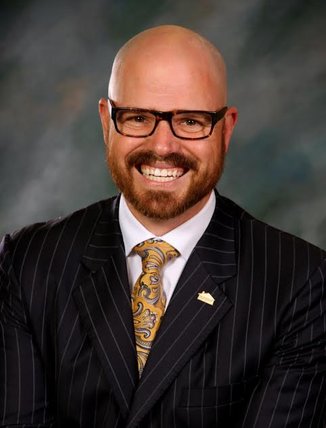 Andrew Propst has over 22 years of experience both in residential and commercial real estate management and Brokerage. Currently Andy is the Chief Development Officer and President of the Multifamily Division of HomeRiver Group and the Designated Broker of HomeRiver Realty in Meridian, Idaho. Andrew has illustrated throughout his career his resolute commitment to delivering first-class results for clients, as well as consistently improving efficiencies and operations across his companies. Industry knowledge and a keen focus on technology has been a major priority for Andy. He has obtained four of the leading industry designations: Certified Property Manager® (CPM®) from the Institute of Real Estate Management (IREM®), Master Property Manager ® (MPM®) Residential Management Professional ® (RMP®), both from the National Association of Residential Property Managers ® NARPM®, and Certified Commercial Investment Member (CCIM®) from the CCIM Institute.

Volunteerism has been a major focus and joy for Andy, from service on the National Board of Directors of NARPM® for six years as a Regional Vice President, to National Treasurer, National President-Elect, and then his election as President of The National Association of Residential Property Managers (NARPM®) in 2015. Currently, Andy serves as a Past President for NARPM® and continues to offer ongoing counsel and insight to the Board of Directors of NARPM®, using his extensive knowledge and experience within the industry. Andy has also had the privilege of serving on other local and national real estate boards.Andy also took a recent swing at Hollywood. As the Associate Producer of the Saratov Approach, Andy helped fund, write, promote, and deliver a national theatrical release of a full-length motion picture that won multiple awards and returned an Internal Rate of Return (IRR) to its investors of more than 1000%. The feature was based on the true story of Andy and his missionary companion, Travis R. Tuttle, and their dramatic experience of being kidnapped and held for ransom by the Russian Mafia in March of 1998.

Andy also wrote and helped produce, ``The Story Behind The Saratov Approach: A Fireside Event” in 2013, which is now available on DVD, Blu-ray, and Netflix, along with the “Saratov Approach.”

As well as his commitment to his business interests and wide real estate pursuits, Andy’s family is #1 in his life. Married to his beautiful wife, Shonda Propst, for 22 years, Andy and Shonda adopted their first son, Samuel Propst, in 2008. Further, the Propst family welcomed another new addition with their adoption of Brooklyn in 2011. Originally from Oregon and now proud to call Idaho home, Andy is also bilingual, being a fluent speaker of Russian, alongside English